In November 1967, His Majesty Jigme Dorji Wangchuck, the third King of Bhutan commanded the Health Department to establish Traditional Medicine system for the welfare of Bhutanese people and to preserve its rich culture and tradition. Accordingly, an Indigenous Dispensary was opened on 28th June 1968 at Dechencholing, Thimphu.

The first persons to work in the Dispensary were Drungtsho Pema Dorji and Drungtsho Sherub Jorden, both of whom were trained in Tibet. In view of their significant contributions to the development of traditional medicine services, their short biographies are given below: Drungtsho Pema Dorji was born to Ugyen Tenzin and Dechen Pelden of Dreypung Khochey and Khalong choeje (local nobilities) respectively in 1936 at Phuentshocholing Goenpa in Trongsa. He began education at an early age of six under the tutelage of his grandfather, Lopen Kuenzang Wangdi. At the age of 16, he traveled to Tibet to study gSo-ba Rig-pa in the renowned medical college of Chag-po-ri, under the royal patronage of HRH Ashi Kencho Wangmo. After successful completion of five years of arduous study, he returned and served as a clerk in the Royal Secretariat of late His Majesty, Jigme Dorji Wangchuck, the third King of Bhutan.

It was during his tenure as a clerk, that His Majesty commanded him to institutionalize and strengthen the age-old traditional medicine system in the country, intended to benefit every sick and justifying the name: sMen-jhong or The Land of Medicine (an old name for Bhutan) in the winter of 1967. Accordingly, an indigenous dispensary was opened on 28th June the following year at Dechencholing under the Department of Health Services and he became the first practicing Drungtsho under public Sector in Bhutan.

When the indigenous dispensary was upgraded to National Indigenous Hospital (NIH) in 1979 and shifted to the present location at Kawa Jangsa, he became the first Superintendent of the hospital. Right from the establishment of training programme for drungtshos and a traditional medicine unit in Trashigang a year earlier, he developed new infrastructure; strengthened training curricula; improved administration and management of traditional medical services. Gradually, the services provided through traditional medicine covered the entire nation under his dynamic leadership.

In 1993, he was conferred Directorship by the Royal Government and in 1999, he received the Druk Thuksey Medal (Heart Son of Bhutan) on the auspicious occasion of silver jubilee coronation of the fourth Druk Gyalpo, Jigme Singye Wangchuck in recognition of his dedicated service in the area of traditional medicine. Finally, after 30 years of dedicated service, he resigned from the service in 2002 as the Director emeritus. Drungtsho Sherab Jorden was born to Kuenga Norzang and Sonam Norzom in 1935 at upper Gyechu in Lhodrag, Tibet. At the age of eight, his parents enrolled him in the monastic institution of His Eminence, Namkhai Nyingpo Rinpoche, where he began his early education. He mastered all the sciences of Buddhism including grammar under the direct observance of Lama Gyelwa Nima.

An immense desire to study gSo-ba Rig-pa swept in spontaneously when he was sixteen. Astrological calculations conducted by his paternal uncle, Tra Phab Kheychog Rinpoche, favored his intention and therefore joined the medical college at Chagpori in the same year and studied under Ngawang Choedra, personal physician to the 13th Dalai Lama. Beside five years of formal training, he received specific instructions on blood letting and cauterization and the complex theory of gSo-ba Rig-pa at large from Ben Tshang Amchi Samten Tingzin. Teachings and empowerments that he received from reverend Buddhist masters of the time greatly enriched his versatile knowledge.

At the age of 24, soon after becoming the personal physician to H.H. Namkhai Nyingpo Rinpoche, he fled the brutal Chinese occupation of Tibet via Nye Rinchen Bumpa in Kurtoe and finally arrived at the holy site of Kurje Lhakhang in Bumthang. He reassumed his practice in Bumthang after the Royal Grandmother, Ashi Phuntsho Choden Wangchuck issued a decree, permitting H.H. Namkhai Nyingpo Rinpoche and the entourage to settle in Bhutan.

He was called upon to work along with Drungtsho Pema Dorji, in the newly established Indigenous dispensary at Dechencholing in 1968, and ever since, he applied his expertise for the welfare of patients until his resignation in 1997. In 1993, as the chair person of the Traditional Medicine Research Committee, he was a key figure in standardization and identification of the entire materia-medica employed in preparation of traditional drugs. Aside from medical practice, he was also a prolific writer. Besides writing number of manuscript on medicine he also composed beautiful poems.

After more than 30 years of service to the humanity, he has dedicated the rest of his life to prayer and meditation in the sanctuary of Hongtsho Goenpa. Even today, he finds some time to see patients during short intervals of strict religious practice.

Ladakh Amchi was appointed as the first Principal in 1978 under the Royal Command. His short biography is given below: Popularly known as Ladakh Amchi, Venerable Thubten Lekpai Lodre was born to Phuensum of Nyi-gye lineage at Khunu in 1936. He began modern education at the age of six in Khunu Secondary School vis-a-vis the study of Buddhist literature and grammar from Khunu Lama Tenzin Jamtsho. At the age of fifteen he left for Tibet with a letter from the Khunu Lama to the Venerable Khenrab Norbu, personal physician to The Dalai Lama.

As per the prophecy of Khenrab Norbu, he underwent thorough training in gSo-ba Rig-pa and astrology for seven years under strict guidance of the same. He tirelessly approached myriad of renowned masters like Rahung Choedra and Khen Thubten and received countless teachings and hands on instructions, enabling him to master all the sciences of Buddhism. In 1964, he went to Sikkim escaping the hazardousCultural Revolution and later settled in Kalimpong. It was there that he learned Ayurveda and practiced both the system of medicine, integrating them in a harmonious manner.

On his voyage to the holy site of Taktsang monastery in 1970, he treated many Bhutanese patients successfully and the fame soon reached the Royal Court of His Majesty the fourth Druk Gyalpo, Jigme Singye Wangchuck, who wisely commanded him as the first principal of the newly established training institute at Dechencholing in 1978. As a principal and lecturer, he developed standard training curricula for the five year drungtsho programme; revived the traditional methodology of so-rig teaching and learning; and established institutional norms.

Besides teaching and treating thousands of patients, he attended the royal court time to time. He was an in-born writer and composed many texts including a treatise on pulse reading and urinalysis. In 1992, he became the so-rig advisor and finally attained nirvana in 1997 after two decades of invaluable service to the mankind and the doctrine of gSo-ba rig-pa. Today, his students form the core structure in provision of traditional medicine services throughout the entire kingdom. 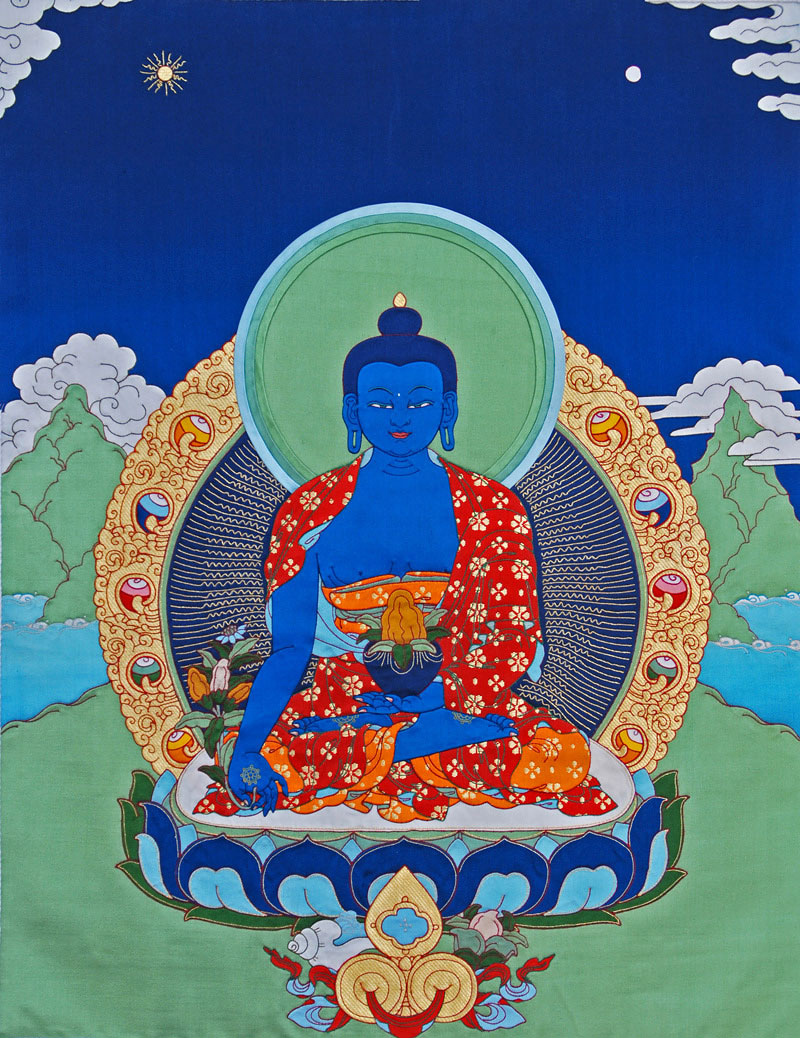